Poem: advice to the shopworn

the truli modern poet will
always!!! carry a beeper
///in case/// of poetry emergencies
GLeeMing down the stairs at 3 am
*to insert a radon paradox
(or) delete a rude cauliflower*

A poem from Where the Opium Cactus Grows, which is soon to go out of print.  This was written during a phase of my life as a poet in which I did a lot of monkeying around with peculiarities of typesetting and spelling. Some of my poems from this period have to be altered before posting online because they turned out to do weird things to HTML.

This poem was shared at Poets United's Poetry Pantry #127.

writ down by Nissa Annakindt at 11:25 AM 7 comments: Links to this post

What is an anti-hero?

There seems to be some confusion over the writing term 'anti-hero'.

An anti-hero is exactly the same as a novel's hero, except he is made out of antimatter. The hero is made of matter.

If an anti-hero touches a hero, the universe blows up. There was a Star Trek episode that proves it. It featured the cute brother from 'Here Come the Brides' with a weird beard.

Blowing up the universe is usually a bad thing, unless you are the Doctor and are hanging out with Amy Pond. However, if you happen to have a hero and an anti-hero and just the right sort of jar, you should be able to channel the power of the resulting matter-antimatter explosion in such a way as to make a starship go really, really fast.

I'll bet the Mythbusters could do it with enough duct tape.

Email ThisBlogThis!Share to TwitterShare to FacebookShare to Pinterest
Labels: Doctor Who, Star Trek

This blog is publishing a lot of sijo lately and so I thought I would share some sijo resources.

1. Sijo Poetry website A website by the Sejong Cultural Society, with pages on various sijo-topics. A good place to start looking.

2. 'Sijo' at Wikipedia, the Liberal Encyclopedia --- gives examples of classic sijo and also tells the history of English-language sijo.

4. Sejong Cultural Society Sijo Competition for students below college level --- Gives examples and explanations about the sijo. Entry deadline for the contest is March 31st this year. 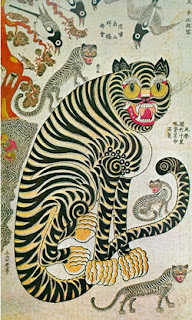 writ down by Nissa Annakindt at 7:32 AM No comments: Links to this post


One of the poems from 'Where the Opium Cactus Grows'. It is a species of found poem as the phrases are from advertising.
writ down by Nissa Annakindt at 8:35 PM 2 comments: Links to this post

Poem: On the Creation of Found Poetry

thrown in a blender, tortured with forks
and aged six years in wooden casks

then inscribed by persian slave
calligraphers upon the floor

Another day, another sijo--- this one from my book 'Opium Cactus'. The topic is a totally different form of poetry--- found poetry. In the simplest form of found poetry you simply take someone else's prose words and arrange them like a poem. There was one alleged poet who came out with a whole book of 'found poems' from the words of a government spokesman he didn't care for. This type of found poetry raises for me an issue--- is it really my poem if Bill Clinton composed the words and I just arranged them to spite him?

Poetic prompt: write a poem about a poetic form that you like--- or one that you hate.
writ down by Nissa Annakindt at 12:25 PM No comments: Links to this post

To my cat Claudius
there is a military force
at the nervous crane.

NOTE: Poem from my book Opium Cactus.
If modern poetry is drawing words out of a hat, this is the high-tech equivalent--- a Babelfish poem. Babelfish poems are created by writing an ordinary sentence, translating it into an exotic language (Asian languages work best) using Babelfish. You then cut-and-paste the Babelfish translation back into the Babelfish window, and re-translate it back to English. Or some other language. You use the resulting word-salad as source material for your poem.

'catpoem/claudius' came to be when I wrote the sentence 'My cat Claudius has a neurological disorder' and translated into-out of Korean using Babelfish. The translation it spat back is exactly what you see here, I only had to arrange it into haiku form.

My cat Claudius, by the way, was the best cat ever invented. He had a neurological condition and walked crooked and stumbled a lot. The vet advised me to let him live in the house. When the house cat Cheney had kittens, Claudius managed to stumble into the kitten basket and became the official kitten-sitter. One of the kittens, Germanicus, became his best buddy for life. Both Claudius and Germanicus died, I believe from drinking some antifreeze from a bottle that was cracked.

Modern Poetry: Picking words out of a hat

Today on the program 'Bookmarks' on the Catholic television channel EWTN, they lamented loss of things like rhyme and meter in today's poetry, which they compared to picking words out of a hat.

That is so exactly right! To be a modern poet you need to pick words out of a hat. To be a GOOD modern poet, you need to have the right words. And the right hat.
writ down by Nissa Annakindt at 10:32 AM No comments: Links to this post