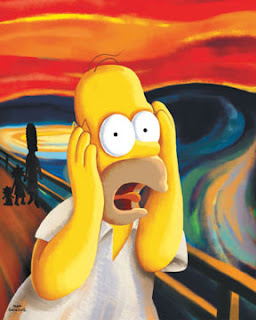 "John has three cat's, a mother cat and it's babie's. One of the kitten's is real cute but the other ones face looks like the hind end of an as's."

This is an all too common example of apostrophe atrocity. As a peaceful prolife Christian, I think people who write like this should be killed. With wood chippers.

Well, that might be a _bit_ harsh. But there is no excuse for anyone who is an aspiring writer to write like this. Not even in an email or Facebook post. Not even if you are dyslexic or don't speak English or just had your brain eaten by a zombie.

If you think you may have committed an apostrophe atrocity, get thee to the English grammar confessional at once. Your penance will involve an intimate encounter with the first page of your Strunk and White.

Strunk and White? That's short for 'The Elements of Style' by William Strunk and E. B. White. Every household that doesn't have a copy wedged next to the other household essentials (The Bible, Webster's Dictionary, The Catechism of the Catholic Church (or your denominational equivalent), and The Star Trek Concordance by Bjo Trimble) is probably inhabited by sister-marrying illiterate hillbillies, rather than the literate cousin-marrying hillbilly type that most of us strive for.

Correct version of above sentence: "John has three cats, a mother and its babies. One of the kittens is real cute but the other one's face looks like the hind end of an ass."

And now, for no apparent reason, a picture with cats. 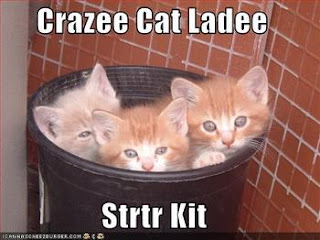 writ down by Nissa Annakindt at 6:10 PM 6 comments: