Poem: socks are underwear, after all! 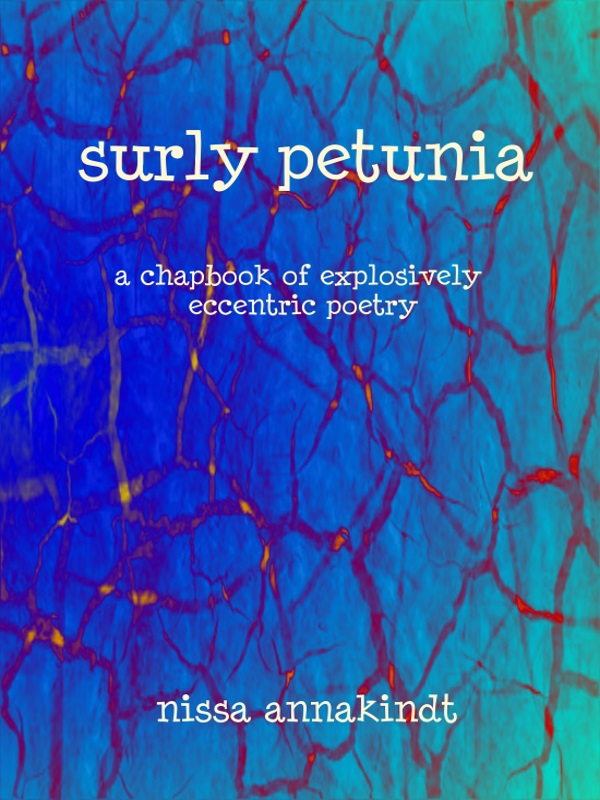 socks are underwear, after all!
eating spaghetti with a cattle prod
the small byzantine child asks
mother may i keep this fish head
it followed me home
& the mother
a neophyte carpet prostitute, says
yes but only if you
drink your opium
all gone
1990
Nissa Annakindt

Recently I self-published a poetry chapbook called 'surly petunia', a collection of 24 short poems. This is one of the poems from that collection. surly petunia is available as a free e-book at Smashwords in epub format: https://www.smashwords.com/books/view/480237

This e-zine needs poetry submissions. Here are the guidelines: http://linalamont.blogspot.com/p/submit-poems-here.html


The editor's Facebook writing page:
http://www.facebook.com/NissaAnnakindt
writ down by Nissa Annakindt at 9:45 AM No comments: 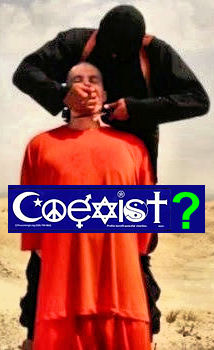 This is a post for Poetry Pantry #218. For more poetry or to share your own poem, click on the link. There are also some lovely pictures of Italy on the page this week.

the machete maddens them
altho impudent, we eat plasterboard on request
against the dread of the dossier

still the annihilation so devoutly to be wished
escapes us, tho the usual intoxicants attempt discretion
in quiescence is contraband schizophrenia

As you can see from the date, this poem was NOT written as a response to the recent epidemic of ISIS beheadings in the Middle East. It may have had something to do with the goings-on in Iran-AKA-Persia. But then again, it may not have.

This poem is one of the many included in my book, Where the Opium Cactus Grows. The current edition of the book won't be available for sale for much longer as I'm going to be putting out a revised and expanded edition shortly. After that, I'll be working on a second volume of poetry to be titled 'Waiting for the Poison Shot'.

About this blog:
This used to be my main blog, before I migrated to Wordpress. I decided to turn this one into a poetry e-zine. I don't know how that's going to work out.

My Facebook writing page:
http://www.facebook.com/NissaAnnakindt
writ down by Nissa Annakindt at 4:51 AM 16 comments: 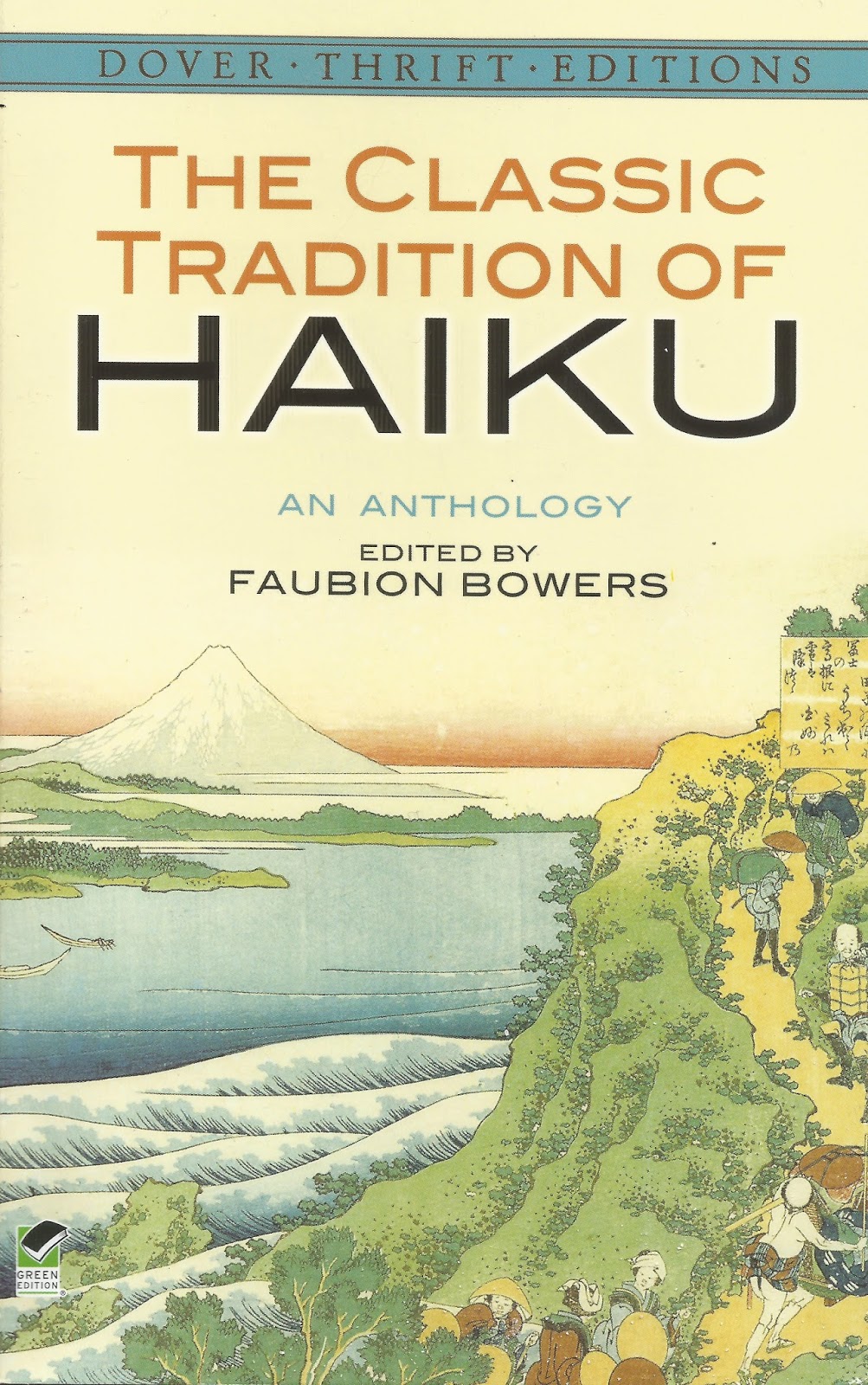 Since 'The Classic Tradition of Haiku' is a Dover Thrift edition, I knew it would be cheap. What I didn't know was that it would be good--- better than many a higher-priced haiku book.

What's so great about it? First of all, each haiku is given not only in one or more English translations, but in the Japanese original, transliterated into our Latin alphabet.

The transliterations can be used to evaluate the sounds used in the original haiku, and to count the syllables. Though what Japanese poets are counting when they write haiku isn't exactly a syllable as we understand it.

Here is an example of Sogi's work:

This haiku is 7-7 rather than the common 5-7-5, is not about nature, and lacks a season-word, and so is different from what we normally think of as classic haiku.

The most recent poet included is Masaoka Shiki (1867-1902), last of the four great historic haiku writers.  Here is an example of his work.

spring rain
browsing under my umbrella
at the picture-book store


This is more like the haiku we are used to, though by my count it's 5-7-4. It does have a season word, however.

This little book is a delight. Useful not only to the haiku poet and haiku fan, it's also a great book for a homeschooling mom teaching a poetry unit, or for a school teacher.

This is how I am using the book lately to learn to write haiku: each day I copy out one haiku into my composition book. I then use it for a model--- or just for inspiration--- to write one of my own. Here is one I did using the above haiku by Sogi as a model:


This is a post for Poetry Friday. Visit the others here: http://www.nowaterriver.com/a-child-can-be-the-poetry-friday-roundup/

The Editor's Facebook writing page:
http://www.facebook.com/NissaAnnakindt
writ down by Nissa Annakindt at 10:14 AM 2 comments:

Poem: Don't Look At My Face 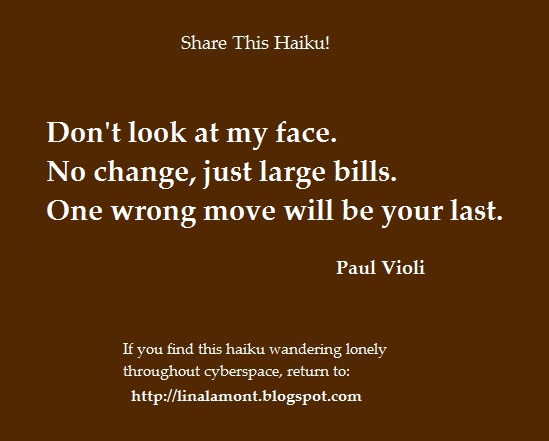 Don't look at my face.
No change, just large bills.
One wrong move will be your last.

Review: The poetry book 'Haiku in English: The First Hundred Years' is a fine collection of English-language haiku from Ezra Pound and Wallace Stephens onward. This poem is actually found in the Authors' Foreward.

This is the first poem other than my own to be featured in this blog. Since it is one I found in a book, this post is officially a review of that book and a sample of the delights to be found within.


Visit the Editor's Facebook Page:
http://www.facebook.com/NissaAnnakindt
writ down by Nissa Annakindt at 11:29 AM No comments: 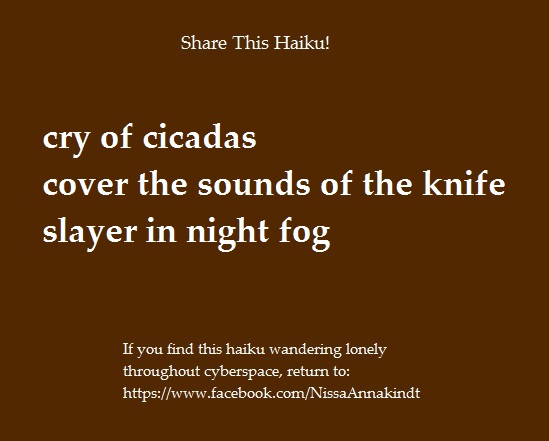